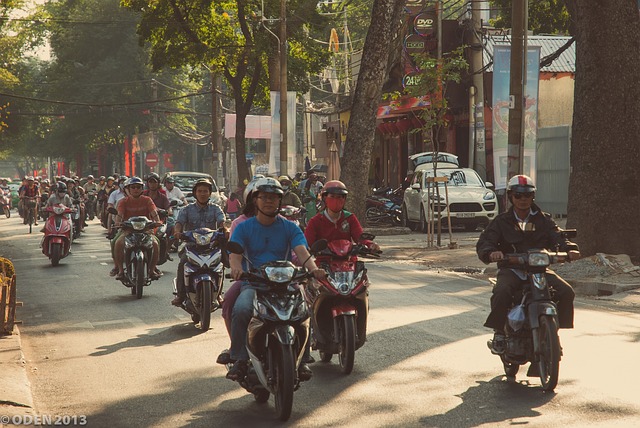 Must visit cities in Vietnam

Vietnam is one of Asia’s most beautiful countries. Thanks to it’s fascinating landscapes, golden sand beaches, metropole cities and colorful towns, it’s quickly become a favorite amongst travelers. The weathers always favorable in Vietnam – at least if you stick to the south – and you’ll always find a beach to relax on. But don’t forget about the cities in Vietnam. They’re ever vibrant, filled with life, events, shops, street art, and so much more. It’s always a joy wandering around the cities and you’ll be surprised by how much there is to do and see. Here are the cities you must visit when in Vietnam.

Most people either start in Hanoi or end here. But besides being a good starting point, the capital city is also a fun and exciting city to be in. You can wander around the old quarter and marvel at the French colonial buildings, go grab a cup of egg coffee (a specialty in Hanoi!), find a warm bowl of delicious pho, go souvenir shopping, try craft beer and much more. Hanoi is a pulsating city that never seem to sleep. There’s always something to do, something new to see and people to meet.

Often overlooked, Da Nang is actually a fantastic city that shouldn’t be missed when you’re in Vietnam. Not only is it really close to Hoi An, the famous little town where there’s almost more lanterns than people, Da Nang is also filled with tons of hidden gems. Since most travelers tend to skip this city, you’ll get a more authentic vibe when you come here. You won’t be seeing a bunch of tourists walking around the streets, instead you’ll be welcomed by locals. There’s plenty of cute cafe shops, restaurants, boutiques and sights to see here to keep you occupied. When the weather gets too hot, hop on a motorbike and drive to the closest beach. You’re always just a few kilometers away from one.

The biggest city in Vietnam can feel a bit overwhelming at times, but once you get the hang of Ho Chi Minh, you’ll love it. Since it is a massive city, there’s always something to do. But if you want to stay in the touristy areas, go to “Bui Vien Street”, also known as the backpacker area. During day time, you can wander around in the small alleys and get a glimpse of the locals life. At night, Bui Vien turns into a big party street with loud music blasting from the bars and clubs. It’s a fun place to be at, if that’s what you’re into. If not, you can go to different neighborhoods far away from all the backpackers, where you can sit in a local Vietnamese restaurant, slurp on some noodles and drink a beer with the locals.